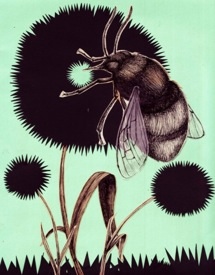 In December of 2008, in the spaces of Cango, XING presents the second edition of Flora, a national festival, which grew out of the experience with Netmage and is dedicated to new interdisciplinary cooperation projects commissioned from Italian specialists in the field of electronic arts (video/film-makers, visual artists, photographers, musicians).

A series of multi-screen projects, along with a darkroom and an objectual ‘theatre’, are the backbone of a programme that ranges from ghostly evocations, documentary and neo-concrete images. A selection of live media which, through seven specially commissioned works or re-exhibited works, reveals a generation of artists who grew up in Italy and other European countries over the past decade, such as Luciano Maggiore, Narice (Virgilio Villoresi/Dominique Vaccaro), Federico Pepe/Wang Inc., Ephemeroptera (Francesca Cogni/Pietro Lembi/Giuseppe Ielasi), Francesco Fei/Steve Piccolo, Massimiliano Nazzi/Emanuele Martina, Pietro Riparbelli/K11.

Flora is a project curated by Daniele Gasparetti and Andrea Lissoni.