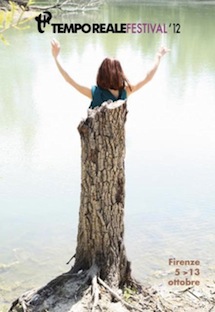 The TEMPO REALE FESTIVAL, a celebration organised by Luciano Berio’s Tempo Reale Centre and dedicated to the music of exploration, is now in its fifth year. Through music, theatre, installations, international guests, and sound walks, the city comes alive in pursuit of experimentation. This year the festival is an homage to the voices and creativity of women, hosting internationally renowned artists and restoring dignity to women’s bodies in shows that highlight expressivity. Also important is our relationship with images, which is why the festival always partners with Tuscan photographers, at the suggestion of the Fondazione Studio Marangoni.
The show opens with Liu Fang, a highly acclaimed Chinese musician who uses ethnic instruments like the pipe to explore new acoustics – an Italian exclusive. There are also plenty of musical surprises and debuts, some presented in the experimental forms of PLAYLISTs and TR_ MICRO, the latter being an interdisciplinary format devoted to British soloist Viv Corringham. For theatre there is West by Fanny&Alexander and Roberto Castello’s company Aldes. Closing the show is Musica Comunista of TREE (Tempo Reale Electroacustic Ensemble), an anthem to breaking the mould through Cornelius Cardew’s Treatise.

Institutional support from the Regione Toscana, the Provincia di Firenze, and the Comune di Firenze.