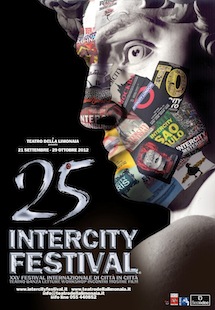 A Tribute to Ping Pong

Ping Pong is not just a sport. It’s a philosophy. The intellectual recipe is a mix of Yin and Yang, Heaven and Hell, Stephen Hawking and Uri Geller, with a dash of Kahlil Gibran and Bruce Lee on top.
This is an independent continuation of the peculiar symbiosis of sport and dance JSK developed in 1997 with A Dance Tribute to the Art of Football. This original idea, the first of its kind ever, has been a strange bird in the international dance fauna. With close to 500 shows in 23 countries and still running strong, a number of prizes, and an inmense press coverage, it’s still represents an academic dilemma – is it populistic entertainment or cutting edge contemporary dance? The paradox of the football show is that it was meant as a short lived happening with a shoestring budget and a hilariously short rehearsal time.
A Tribute to Ping Pong has been on the sketch board for almost a decade, in search for the right moment where the company can be sure of sufficient time and resources to take the potential further. The new production maintains a fearless approach to popular culture references and represents the more pure dance style of the company. In addition, puppet theatre is particularly present this time, along with a voiceover in badly spoken English. The show’s storyboard have deliberate similarities to the average american B-film script – a team of bleach white youngsters are taught Eastern philosophy in record time and take ping pong to a transcendental level. The thematic grey zone is deliberately grey – bouncing between respectless blasphemy at worst and charming naiveness at best.