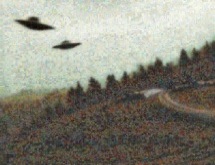 The minute images resemble computer pixels as seen from a distance. They deceive the eye by composing a single photo. Joan Fontcuberta has surprised us with his works in trompe-l’oeil taken from Googlegrams, an exhibit at  Fondazione Studio Marangoni Gallery.

These photos are the result of an elaborate work, which stars the famous internet search engine, here transformed into the source that originates the pieces for each of these mosaics. The images were selected from specific keywords via Google and then combined into a larger picture that shows – often in a provocative manner – the relationship between words and images. As the artist points out, the internet itself ‘is the supreme expression of a culture that takes for granted that recording, classification, interpretation, archiving and narration of images are inherent to a full range of human actions, from the most private and personal to the most exposed and public ones’.

He focuses on some of the issues that have shaken public opinion: famous, from the Googlegrams series, is the large image of the tortured prisoners at Abu Ghraib generated with images of the same public officials involved in the scandal. Joan Fortcuberta, in fact, uses his photos as a denunciation tool with which to firmly point the finger at sizzling news stories and current affairs.