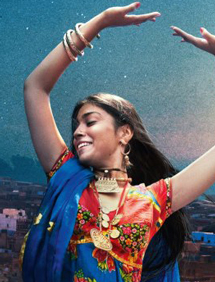 Now in its 11th year, the River to River. Florence Indian Film Festival, under the Patronage of the Embassy of India, will take place at Odeon Cinema in Florence from December 2nd to 8th, 2011, under the aegis of the Region Tuscany and Fondazione Sistema Toscana Mediateca Regionale, as part of the Cinquanta Giorni di Cinema Internazionale a Firenze.

In collaboration with the National Film Development Corporation of Mumbai Mumbai and courtesy of Angel Television and Chhayabani Films, the Festival will pay a tribute to the Nobel Prize winner Rabindranath Tagore (1861-1941), the well known Indian poet, novelist and playwright, on the 150th anniversary of his birth, an important date for our country as well, as this year it celebrates 150 years of national Unity.

The Festival is supported by the Ministry of Cultural Heritage – Cinema Directorate, the Region Tuscany and Fondazione Sistema Toscana Mediateca, the Cultural Department of the City of Florence, as well as Ente Cassa di Risparmio di Firenze along with OAC and the India Tourism Office in Milan. Precious support has also been provided by our sponsors, Angela Caputi Giuggiù, Hotel Roma, Instyle, Jet Airways, Klopman, Lisa Corti Firenze, Sport Clinic Center and the Indian Restaurant Zafferano, as well as the collaboration with CTS and Palazzo Tornabuoni, with the Patronage of the Italy-India Association.