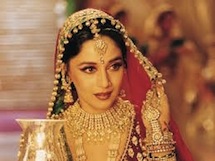 River to River Florence Indian Film Festival had its first edition in October 2001 at the Rondò di Bacco Theatre of Palazzo Pitti in Florence, Italy.
The aim of River to River is to promote only films from and about India and it is the first Festival of this kind in the world. During the first year of the Festival, also Indian cinema was seeing a new life: Ashutosh Gowariker’s Lagaan won the Audience Award in Locarno and Monsoon Wedding by Mira Nair wins the Golden Lion in Venice. And in 2002 Sanjay Leela Bhansali’s Devdas was screened in Cannes.

Furthermore, between 2001 and 2002 the influence of Indian cinema can be seen in Baz Luhrmann’s Moulin Rouge and in Andrew Lloyd Webber’s Bombay Dreams, with music by the future Oscar winning A. R. Rahman (Danny Boyle’s Slumdog Milionaire). During these years the Festival has grown and gained awareness among the audience, the film industry and the press. Many films have been screened and quite a few filmmakers, actors and producers have attended the Festival.