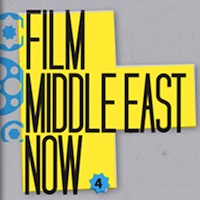 Middle East Now is a festival on cinema, documentaries, art and culture from the Middle East and North Africa, that is organized by the no-profit cultural association Map of Creation.
Middle East Now is the only event in Italy dedicated to the contemporary Middle East and North Africawith the aim of highlighting the culture and identity of the countries of this part of the world and bringing them to the attention of the Italian public, overcoming stereotypes that often come out from the international mass media.
The Festival Programme is designed to give visibility to movies that do not normally find an Italian distribution and are selected among the most recent and significant Arab, Iranian and Afghan cinematography. Particular attention is given to the productions of directors who are emerging in the international cinema scenario.

Map of Creation is a non-profit cultural association based in Florence which is active in producing documentary films and hosting cultural events. We work on documentaries and cinema that focuses on the key themes of the contemporary world, as a powerful instrument to approach reality and cultural integration

The Screen of the Arts
Menu