The Gallery, which is situated on the second floor of the Pitti Palace, has a fine collection of paintings and sculpture, mostly Italian, dating from the late 18th century to World War I. The elegant rooms, which were formerly inhabited by the Lorraine grand-dukes, are decorated with works of the neo-classical and romantic periods. There is also a splendid collection of works by artists of the Macchiaioli movement and of other Italian schools of the later 19th and early 20th centuries. The Pitti Palace, which was formerly the residence of the grand-dukes of Tuscany and later of the King of Italy, now houses several important collections of paintings and sculpture, works of art, porcelain and a costume gallery, besides providing a magnificently decorated historical setting which extends to the Boboli Gardens, one of the earliest Italian gardens famous also for its fountains and grottoes. 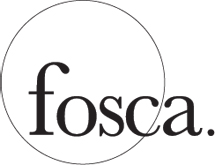