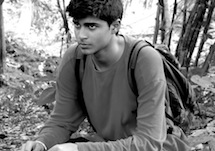 WHAT EDUCATION FOR MARS?

The cycle What Education for Mars? is an attempt to experiment with an alternative model of knowledge transmission and relationship in international art schools. As Bruno Latour, in his book “Laboratory Life” (1979), analyzes scientific discoveries through the study of the relationships between the scientists and their families, What Education for Mars? questions the contemporary school-system through the relations among students and between students and teachers. Paraphrasing “Power is not a thing but a relationship” by Michel Foucault, we can intend education not as a sum of contents but as the interaction between two or more subjects with different roles. So, defining the outspread of knowledge within the school as a dialogue among different individuals, what alternative model can we propose?

In 2011 Valerio Rocco Orlando conducted a first series of workshops in a number of high school classes in Rome producing a video installation composed of portraits, interviews and conversations amongst students imagining how to build a better school. In 2012 this work was exhibited at the XI Havana Biennial and a second production was developed at ISA, The University of Arts of Cuba. In 2013 the third installment from this cycle was produced at The Valley School in Bangalore, India in collaboration with the Krishnamurti Foundation.
In 2015, the whole cycle will be presented as a three-channel installation at the Museo Marino Marini in Florence, in a solo show. In addition, within the exhibition space and for the entire duration of the show, Valerio Rocco Orlando, together with the Education Department, will activate a workshop open to the students of the schools of Florence, a process of collective participation aimed at creating a new artist’s book.