LO SCHERMO DELL’ARTE FILM FESTIVAL returns to Florence from November 16-20 2016, an international project which investigates and promotes the relations between contemporary art and cinema, and has reached its 9th edition, directed by Silvia Lucchesi.

The rich program opens Weds. Nov. 16 at Cinema La Compagnia, a new Florentine theater restored after years of inactivity, with the inauguration of the exhibition “VISIO. Outside The Black Box” by Leonardo Bigazzi, which will collect the works of 12 artists who participated in the fifth edition of “VISIO European Programme on Artists’ Moving Images”(6 pm). Afterwards, at 9 pm, Opening Night with the Italian premiere of “Where is Rocky II?” Pierre Bismuth’s docu-drama of the search for a mysterious work by Californian artist Ed Ruscha.

Among the guest artists: Gianikian Yervant and Angela Ricci Lucchiprotagonists of “Focus On, 2016” which brings together seven of their famous films; Omer Fast will present the Italian premiere of his psycho-thriller “Remainder” (2015), and “Continuity” (2016), Luca Trevisani with the European premiere of his latest work “Sudan” (2016) co-produced by LO SCHERMO DELL’ARTE, and then Joana Hadjithomas co-author, with Khalil Joreige, of the poetic “Ismyrne” (2016) and Assaf Gruber with the short “The Right “(2015).

In Film d’Artista, previews of “Nightlife” (2015), the first film in 3D by Cyprien Gaillard; “Faux Départ” (2015) by Yto Barrada, candidate for the Prix Duchamp 2016, and “The Challenge” (2016) Yuri Ancarani, which won a prize at the latest Locarno Festival, presented in collaboration with the Biennale de l’Image en Mouvement (BIM) in Geneva.

The Sguardi (Looks) section of the program includes documentaries on contemporary art, including the Italian premieres of portraits of American photographer Robert Frank and artists Eva Hesse and David Hockney. In collaboration with the Fondazione Palazzo Strozzi, on the occasion of the exhibition “Ai Weiwei. Libero”, in the presence of director Michael Schindhelm,”The Chinese Lives of Uli Sigg”dedicated to the most famous collector of contemporary Chinese art, the Swiss businessman Uli Sigg. 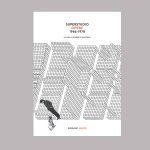