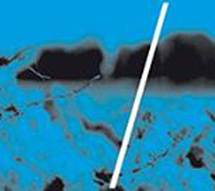 Slow Cities is an artistic project centred on the community and social dynamics of the neighbourhood of Coverciano. We decided to shift our attention to the area where we live and act, to try to shrink distances with an eye to generating new relationships by sharing artistic practices and interacting with citizens. The Vivaio del Malcantone invited artist Silvio Palladino to carry out an analysis of Coverciano together with the association, university students, and neighbourhood residents, and to open a dialogue about the meaning of community and possible ways to improve it. A series of activities will be launched on December 8 and will continue until the end of January. Throughout December questionnaires will be handed out, interviews will be carried out throughout the local area, and residents will be invited to participate in walks aimed at picking up on aspects that usually escape our vision, all in order to collect useful information and materials to uncover the spatial and social dynamics of the area in question. The programme involves creating a series of urban interactions between neighbourhood resources, the RIdestare workshop – composed of three meetings in mid-December – and a workshop in mid-January run by Love Difference open to anyone interested in learning more about the themes and problems of the area analysed in the course of the research carried out in December. The artist residency will take place from mid to late January, during which time the artist will develop the project before presenting it back to the public in a form defined by the nature of the work itself.