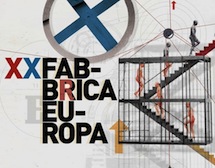 Fabbrica Europa arrives at its twentieth edition. Established in 1994 from an idea of ??Maurizia Settembri and Andres Death Terés with the ambitious desire to create a home in Florence for the culture of Europe, gave rise to a space for contemporary arts and languages. Workshop, shop, and laboratory stage of research and experimentation, Fabbrica Europa has returned to the city a place of industrial archeology, the Stazione Leopolda, recovering cultural use.With 19 editions of the festival behind and numerous production projects, training and culture, gave factory Europe and aims to give space to many local artistic scene, national and international, building a network of exchanges capable of consolidating a fertile land and great impact, making a significant contribution to the confirmation of Florence as a place to meet and compare different cultures, and contributing to the formation of an audience for innovative and artistic events outside of the traditional circuits. The binding of Fabbrica Europa with Europe is also evidenced by the investment policy of the European Union, which over the years has contributed to the financing of the most important projects, recognizing the value and international stature. The sites for these experiences will CanGo Shipyards Goldonetta, The Vivaio del Malcantone, French Institute,the Stazione Leopolda, the Theatre Shipyard Florida,Teatro della Pergola Theatre, Theatre Studio Scandicci and White Box AOM.