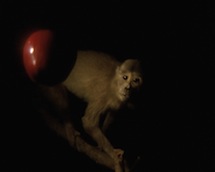 Il Palazzo Enciclopedico (The Encyclopaedic Palace) is a single exhibit that encompasses the Central Pavilion (Giardini) and the Arsenale, with works ranging from the early 20th century to the present, including several new pieces, by over 150 artists from 38 countries. The show was inspired by the creative utopian idea of Marino Auriti who in 1955 filed a U.S. patent for the design of an Encyclopaedic Palace, an imaginary museum meant to house all of human knowledge. Auriti designed a 136-story building that would have reached 700 metres high and occupied more than sixteen Washington city blocks. “Auriti’s plan was never carried out,” says Massimiliano Gioni, “but the dream of a universal, all-embracing knowledge emerges throughout the history of art and humanity as one that eccentrics like Auriti share with many other artists, writers, scientists, and self-proclaimed prophets who have tried – often in vain – to fashion an image of the world that will capture its infinite variety and richness. Today, as we grapple with a constant flood of information, such attempts seem even more necessary and even more desperate.” Il Palazzo Enciclopedico (The Encyclopaedic Palace) investigates the desire to see and know everything: it is a show about obsessions and about the transformative power of the imagination. The exhibition opens in the Central Pavilion in the Giardini with a presentation of Carl Gustav Jung’s Red Book.